5 things the Wall Street Journal got wrong about NPS®

Net Promoter® Score (NPS®) – an increasingly popular measure of customer satisfaction – originally gained traction in a December 2003 Harvard Business Review article The One Number You Need to Grow, written by former Bain Consultant Fred Reichheld. Since then, NPS has consistently gained in popularity alongside Customer Experience (Cx) as more and more businesses adapt to competing in a world of service transparency, where product and service quality become the true differentiator in the minds of buyers. In fact, a little research on Google Trends yields very clear evidence that both Net Promoter and Customer Experience have risen significantly as topics over the past 15 years. 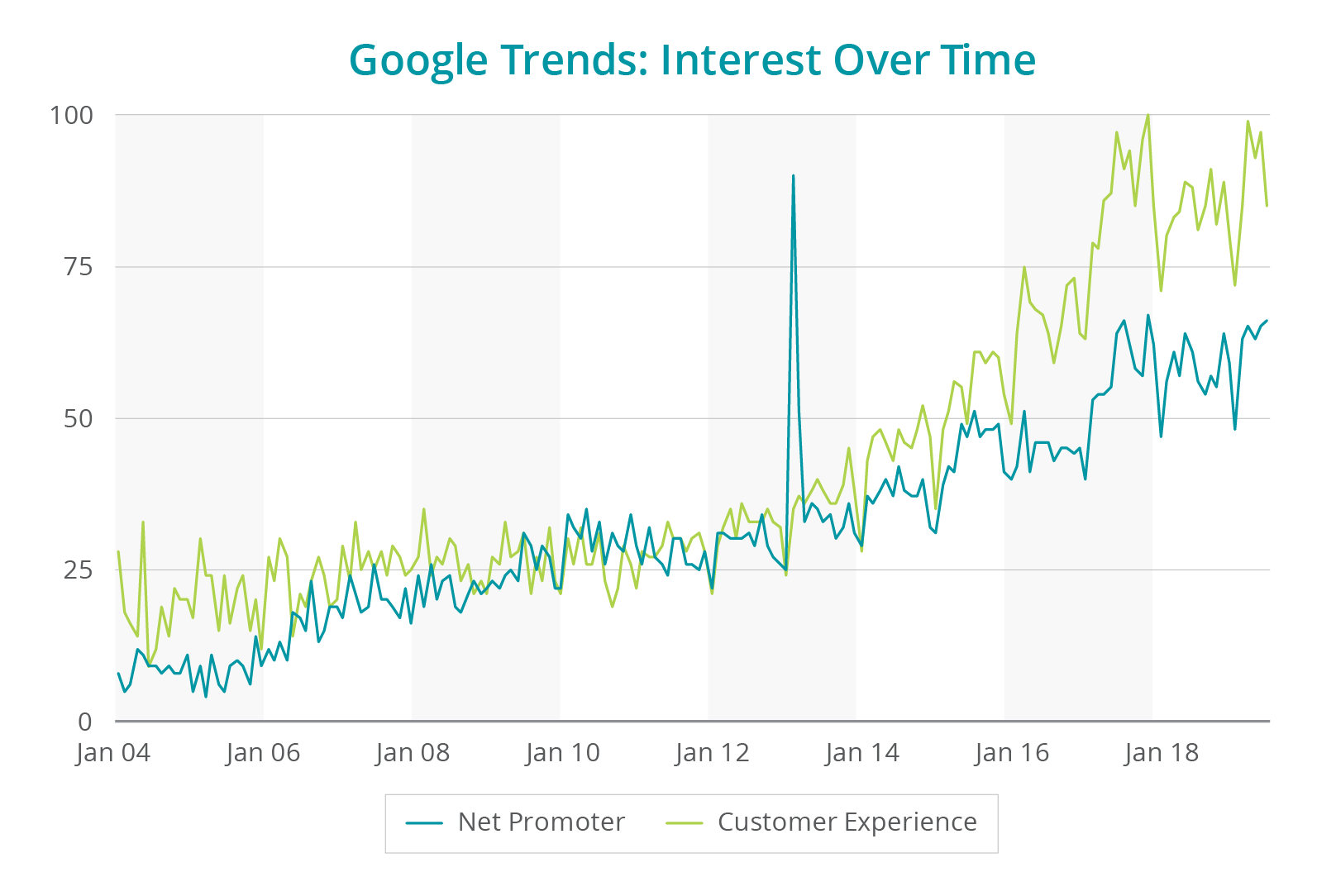 A recent article on the ‘cultlike following’ of Net Promoter Score (NPS) amongst corporate leaders from the Wall Street Journal, titled The Dubious Management Fad Sweeping Corporate America, brings the corporate adoption of this metric to the forefront. I highly suggest you read the full article (subscription required), as its authors Khadeeja Safdar and Inti Pacheco have clearly done their homework. And while the article is well researched and well written, here are 5 things they got wrong (and one they got right) about the Net Promoter system.

5 things the WSJ got wrong on NPS

While I’m quick to point out the areas where I disagree with the Wall Street Journal article, it’s also important to point out one area where I absolutely agree with them. The NPS scale is an imperfect statistical metric. Since its inception, academics and researchers alike have (correctly) pointed out that calculating a score from -100 to +100 from an 11 point scaled survey response introduces ‘noise’ to the score in the form of additional variance. What it doesn’t say is that EVERY metric and scale has issues. Whole books and HBR articles have been written on the flaw of averages. What statisticians fail to capture with NPS and why operators tend to love it, is that this statistical flaw actually can, at times, be helpful operationally as it reinforces the lesson that EVERY interaction matters. Having a single number, and the right context and benchmarks for comparison, can inspire action on the front lines of customer service; a transformational impact few research methodologies can claim.

In summary, what I think the original NPS design got right was trading simplicity for a slight decrease in precision. Is it perfect? Far from it. Is it effective? Within B2B service industries, where service is the primary differentiator, absolutely.

Eric Gregg is the CEO & Founder of ClearlyRated, a leading provider of client satisfaction surveys for B2B firms. Eric is a renowned thought leader in the B2B service quality space, and enjoys making his marketing team squirm with campy clip art and long-winded personal anecdotes.

Find me on LinkedIn

Prioritize DEI at your firm with ClearlyRated's Employee Survey

The only employee survey that drives meaningful progress on diversity, equity, and inclusion.